All Blog Entries by Daniyal Nasiri

To be honest, you won't see as many transactions as a REALTOR® does. An average family buys/sells Real Estate every 5 to 10 years. This is because when you buy a house, you're looking to create a home. You want your family to grow in it and you're only going to look to move from it if your family has outgrown it due to a baby on the way or kids growing up (upsizing) or the house has become too big due to the kids leaving for university or buying their own property (downsizing). This means that you probably don’t have a lot of experience with the ins and outs of real estate.  On the flip side of things, REALTORS® have the experience and education to get things done within the industry. They handle contracts and the real estate

The holiday season has begun and while the holidays may have a well-earned reputation for being a particularly slow time of the year for real estate, home sellers should take heart – the season can be bright for them, too. You never truly know that one buyers schedule and when they will be coming to view your home, and to be honest, it only takes that one buyer to sell your home!

It's the perfect time for baking sweets and everyone knows that the smell of fresh baked cookies are a great strategy for creating that homey atmosphere that all buyers are looking for. A 2012 study by researchers at Washington State University brought a different idea to the table however as the study found that while the commonly held

Most electrical repairs should be made by a professional. But for all you "do-it-yourselfers" out there, here are tips on how to stay safe when dealing with your home electrical systems.

With 188 Aspenmere Circle, Chestermere hitting the Real Estate Market yesterday, it is time to answer the age old question: Why Live In Westmere, Chestermere?

We understand keeping the exterior of your home maintained can be extremely time-consuming and overwhelming. However, managing your outdoor property is crucial in preserving the structure and longevity of your home. 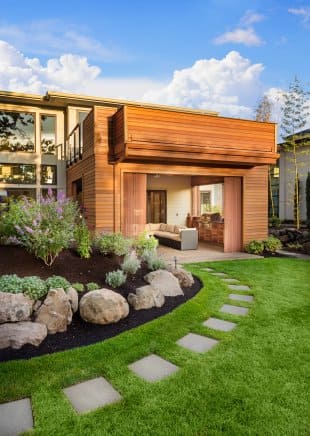 1. Vegetation.
Trees, bushes and other plants can cause damage to your home’s siding and roof. Branches can scrape against your home, causing cracks and damage that can lead to unwelcome pests. Neglected vegetation can also trap moisture along the foundation of your home, leading to mold and mildew.

2. External Faucets.
To prevent freezing, be sure to winterize all external faucets during the coldest months of the year. Disconnect hoses, turn off the water supply and finally, drain any water that might remain. This will help keep your

With 2843 42nd Street hitting the Real Estate Market last week, it is time to answer the age old question: Why Live Here - Glenbrook?

Glenbrook is a residential neighbourhood in the southwest quadrant of Calgary, Alberta. It is located approximately 8 kilometres Southwest of Downtown. The community was annexed to the City of Calgary in two time periods, 1954, and 1956. It is bounded in the north by the community of Glendale and Optimist Park, which provides various recreational facilities for the whole district. There are views of the gentle sloping Strathcona Heights and the Rockies in the west from a number of points in Glenbrook, and especially from the knoll just north of the Co-op Shopping Centre.

Glenbrook is located a

Energy usage is an unavoidable part of everyday life. But the choices we make when it comes to our energy habits can make all the difference for our environment and our daily lives.

What is Energy?
Simply put, energy is the ability to do work. There are two types of energy: stored, or potential energy, and working, or kinetic energy. Energy comes in many different forms, such as thermal, radiant and kinetic, electrical and chemical.

The Difference between Energy Efficiency and Energy Conservation
Energy efficiency and energy conservation are two different concepts that go hand in hand when it comes to using energy wisely.

With every house that we see on the market, people always have their designated areas that they prefer to look in whether that is due to work, children's schooling, activities, lifestyle or more. Even if we don't truly know the community, we may just like it due to convenience or that particular "something". Every listing that I (Daniyal Nasiri) have, I look to answer that underlying question that may arise for you; "Why this community?".

So lets get to it!

Shawnee Slopes is one of Calgary’s hidden gems, tucked away next to Fish Creek Park located in South West Calgary. It is just minutes to Macleod Trail that can grant you quick access to Deer-foot and Stoney Trail.  Shawnee Slopes has a great mix of home-styles but is known

Wouldn't it be nice to find out the property's real story before buying it?

Purchasing any property is a major investment and most likely one of the biggest investments you will make in your life time. To protect your investment and you, a real estate agent such as myself would always suggest to have a property inspection done during your condition period of an offer. With a property inspection, you'll allow a property inspector to go through the property with you, learning what is in acceptable condition and if there are any major or minor defects that they can see. Whether you are purchasing a single-family home, condominium, duplex, apartment, complex, or office space, the inspector will evaluate and document the condition of the property. Allowing

Most of the time relationships work because your partner tends to balance you out. This also means that you and your partner will have different points of view on certain things, and at time can drive each other bonkers.

**Note: I (Daniyal Nasiri) does not hold a psychology degree. I've helped a lot of couples buy homes and have mediated tons of arguments. I have shoved many bottles of wine into client's hands and assigned the homework:…
Read Full Post »
1 2 Next

Find out what your home is worth